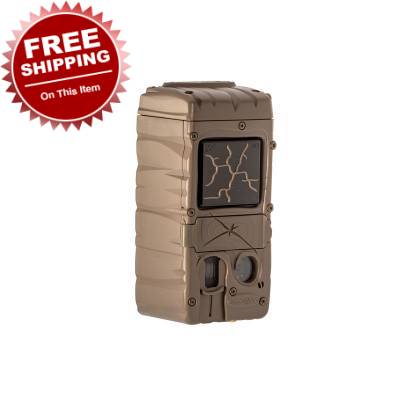 Qty:     - OR -   Add to Wish List
Add to Compare
Note: Images may only be representative of the item.
Read description and check model numbers for exact item.
Description Specification Q & A Related Products (7)
No questions have been posted about this product.

CuddeLink Built In -
CuddeLink camera-to-camera network built in. No additional equipment to buy. CuddeLink ™ is a wireless network of cameras that transmit their images to one camera. The image collection camera is the HOME camera and the transmitting cameras are the REMOTE cameras. Not Wi-Fi, not cellular. CuddeLink is a private camera-to-camera network with no monthly fee! This camera can be a Home, Remote, or Repeater. With CuddeLink On-site, images from up to 16 cameras are transmitted to 1 camera. Instead of checking multiple trail cameras, you only check one.

Industry Leading Performance -
Featuring an industry leading 1/4 second trigger speed that captures the deer that so many other cameras would miss. Add Super-Fast Recovery Speed that is ready for the next picture within 1 second of taking the first, and the result is Cuddeback can capture 2 photos before many cameras can capture the first.

And the pictures are incredible. 20MP images with stunning daylight color and black/white night images.

On top of the performance, we added a ton of cool and innovative features, such as Zone Control, separate day/night delays, fully programmable time lapse and many more.